Animation is the Art of Bringing Drawings To Life.

Drawing is the language of traditional animation. This class will reveal the secrets of the master animators who communicate eloquently with a pencil. Your focus should be on ideas and gags, no the mechanics of drawing

Walt Disney taught good draftmanship, insightful caricature, (action as well as features), a knowledge of acting, and the ability to think of gags. This class will teach the same principles.

The many styles of animation are distinguished by timing. Commercials, TV specials, shorts, and feature films are distinctly different. In this class we intend to explore them all.

Translating a script from words to pictures requires vision. This class will deal with acting setups, chase sequences, staging decisions, (where to place the camera), and emotional messaging.

The "layout" is comparable to "the set," in a live action film. This class teaches you how to create a 3 dimensional reality with a 2D design. Besides providing a space for characters to act, the drawing must create a mood.

So many animators feel that pulling faces with their characters (mugging) is sufficient. Hand drawn characters must create a willing suspension of disbelief, in both facial expressions and body language. This class will cover that.

A great asset in your animation career will be your ability to tell a good story, or at least a recognizable one. This class will cover the structure and the essentials of good script writing.

Each color has a personality of its own. Colors express emotions. They will help you tell a story if used properly. Colors have an emotional power similar to music. This class will reveal those secrets.

This class will ask you to write, storyboard, layout, and animate your own production. It can be any of the styles of animation discussed, and it must put across an idea or a gag. (Short will no longer than 3 minutes)

A BONUS! We are giving a Don Bluth Masterclass at the end of the school year to each of the enrolled students. This will be a full week intensive with Don Bluth in Scottsdale, Arizona. (Students must arrange their own transportation.)

Bluth's passion for the Art of Animation is the driving force that fueled his film career for a period of more than four decades. According to Bluth, he was not driven to animation but extremely attracted to it mainly because of the sheer beauty of its look.

"We're waiting for the pendulum to swing back again, which I am absolutely confident it will." - Don Bluth 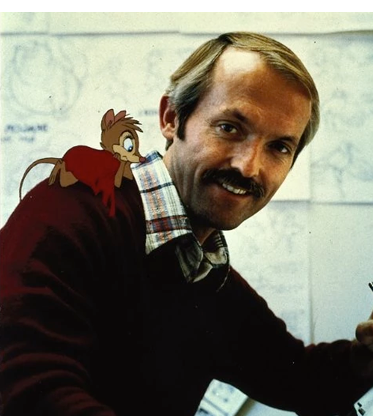